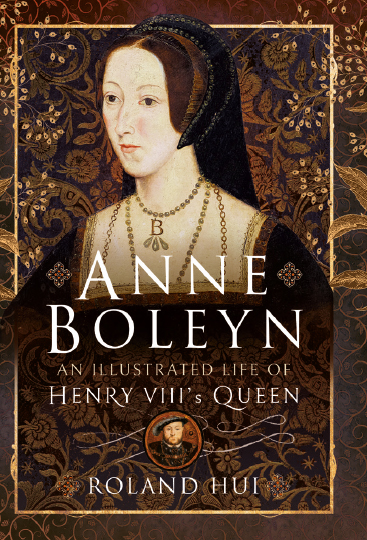 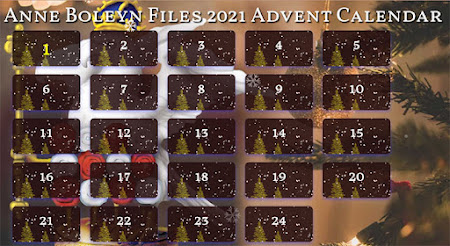 Katherine Howard or Anne of Cleves - The Debate Continues 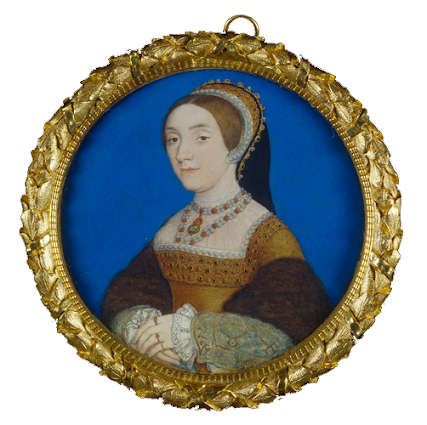 Recently,  in an article entitled Pandemic Sleuthing to Re-identify a Tudor Queen, Laura Loney and Ashley Risk have supported Franny Moyle's claim (made in her book The King's Painter: The Life and Times of Hans Holbein) that miniatures of an Unknown Lady, Perhaps Katherine Howard in the Royal Collection and in the Buccleuch Collection), were actually those of her predecessor Anne of Cleves. (1)

Apart from reinforcing the notion that the Holbein sitter supposedly resembles Anne of Cleves (as proposed separately by Moyle) and using Adobe Photoshop manipulation to match the two ladies, Loney and Risk took a novel approach in looking for secret symbols in the sitter's jewels and clothes.

Incredibly, in the lady's pendant, they have found a hidden Saint George's Cross and red dragon, indicating the sitter's royal status. In truth, this is highly imaginative, subjective, and difficult to see - like looking for images in inkblot test or in clouds. The so-called cross and dragon are merely light reflections off the ruby and emerald. As well, the claim that there are four empty casings in the sitter's  French hood to imply that she was Henry VIII's fourth wife, is a stretch to say the least. Holbein was painting a straightforward portrait. There is no evidence of any secret messages here.

The authors also claim to see design motifs associated with Anne of Cleves on the Holbein sitter's clothing. Again, this is simply wildly imaginative.

Also, it was argued that 'the coloured gems worn by the sitter are predominantly red and black, colours seen in Anne’s family heraldry'. In actuality, the 'black' gems were not meant to symbolize her family ties. The seemingly black stones were diamonds. In the way they were cut in the 16th century, their facets reflected the light on their surfaces as areas of black (and white at times).

An image of Anne as a child in a family portrait from the Cathedral of Saint Lambert in Düsseldorf has been presented by Loney and Risk to how Anne's hair color. The photo shows hints of yellow and brown, so ultimately, it does not settle the matter once and for all - for or against- the Holbein sitter being Anne. 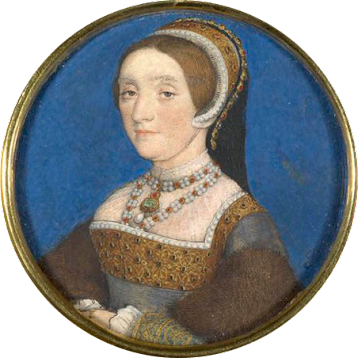 Anne's hair color was described by Edward Hall as 'fair, yellow, and long' at her wedding day (not merely 'long fair hair loose' as reworded by Moyle) (2), and he was almost certainly there in person as he wrote of the ceremony in very great detail. (3) However, there have been attempts to downplay this statement as it was incompatible with the Holbein sitter who is a brunette. Explanations of Hall being mistaken, Anne using hair dye, etc. are unconvincing. Hall was merely stating a simple fact - Anne was blond - and there is no reason to disbelieve him just because it's an uncomfortable fact in reconciling the miniatures of being of Anne of Cleves.

While the prospect of a new portrait of Anne of Cleves being discovered - or rediscovered - is most attractive, the new evidence being presented does not provide a good case. A labelling of the Holbein miniatures as that of an ' Unknown Lady, Perhaps Katherine Howard' should remain. (4).

3. Edward Hall, Hall’s Chronicle; Containing the History of England, During the Reign of Henry the Fourth and the Succeeding Monarchs, London: printed for J. Johnson, 1809, p. 836. Online at: https://archive.org/details/hallschronicleco00halluoft/page/n845/mode/2up?view=theater

Actress Emma Corrin (Princess Diana in The Crown) borrowing a look from Lynne Frederick (Queen Catherine Howard in the 1972 film Henry VIII and His Six Wives). 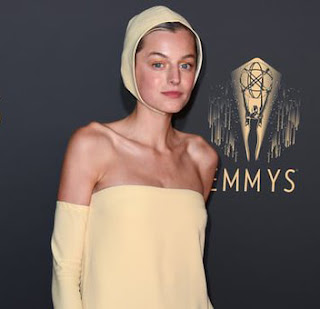 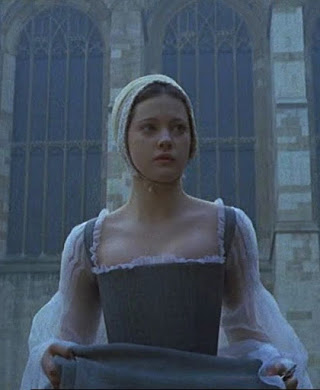 Joan of Arc in the 17th Century

🎶 Joan of Arc with the Lord to guide her, she was a sister who really cooked! 🎵
(Theme song from the tv show Maude)
Later imaginings of Joan of Arc (by Leonard Gaultier, 1612). 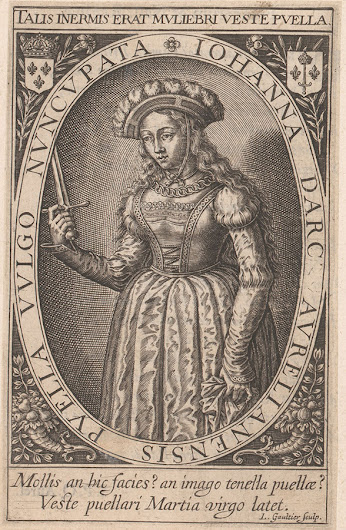 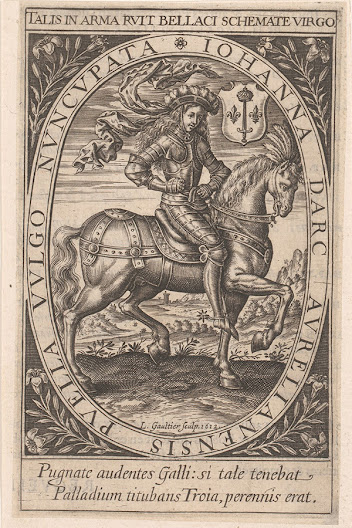